For those who missed Rebecca Migdal’s fascinating Annual Meeting lecture on the three generations of the Jones family who lived in the former Josiah Smith Tavern from the mid-1800s to 1950, the link to the lecture is here. Many thanks for Weston Media Center for filming and editing the lecture. WMC is a community treasure!

View “Tools, Toys and Treasures: Getting to Know the Joneses” 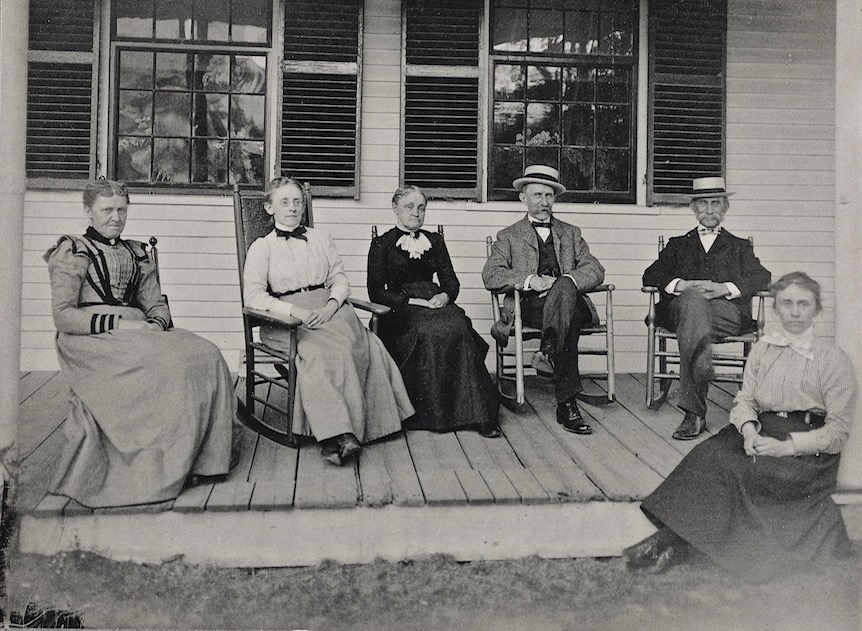 Rebecca Migdal, curator for the society’s exhibit “History Under One Roof: The Evolution of the Josiah Smith Tavern,” brings to life the story of the Tavern as a residence belonging to the Jones Family. Her lecture focuses on three generations of the Joneses, as well as extended family and friends who, at one point or another, called the Tavern “home.” Rebecca is a freelance curator and Executive Director of Thoreau Farm, the birthplace of Henry David Thoreau in Concord. She specializes in American material culture and has been working in museums for over 15 years.

Highlighting objects from the exhibit, Rebecca’s lecture shares some of the delightful details from her research. The Weston Historical Society collection gives us a window into the world of the Joneses: what it might have been like to encounter them at work, at play, or at home. Shovels branded with a Jones name, forgotten varnish cans from a carriage-painting business, beautiful paintings done by family members, a small account book, treasured doll furniture, decorative objects, and furniture in a range of styles — each tells part of the story of over a century of Jones ownership. It is a story of a family home with a mix of tastes, personalities, and activities that bridges the 19th and 20th centuries.

From tools to toys, these artifacts provide not only evidence to support the archival record but also clues to stories we have yet to fully uncover. Join this lecture to meet the Joneses: Marshall, John Sr, Abigail, Theodore, John Jr, Caroline, Ellen, Alice, and a host of Cutting, Stimpson, and other cousins. 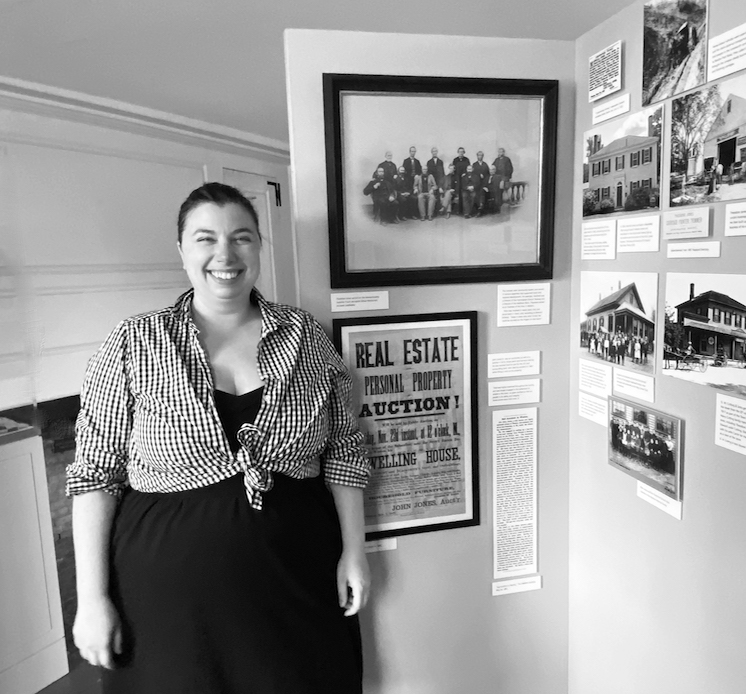 Weston Historical Society has collaborated with Weston Garden Club and Weston Media Center to produce a history of our much-loved Watering Trough:

View “History of the Watering Trough”

“William Sumner Appleton and the Preservation Movement” by Ken Turino

If you missed the April 28 lecture, it’s now available thanks to Weston Media Center:

In the mid-20th century, sisters Ellen and Alice Jones bequeathed their residence, the former Josiah Smith Tavern, to the Society for the Preservation of New England Antiquities (SPNEA, now Historic New England). To celebrate the re-opening of the restored tavern, the Weston Historical Society spring 2022 lecture is devoted to the history of SPNEA beginning with William Sumner Appleton, founder and chief force behind the early 20th century movement to preserve historic homes in New England.

Speaker Ken Turino is Manager of Community Partnerships and Resource Development for Historic New England. His presentation uses Appleton’s story to show how the preservation movement in America was born and how the techniques he developed were adopted by what became the profession. He also talks about how the field has evolved and broadened over time.

In addition to his work at Historic New England, Ken Turino is on the faculty of Tufts University in the Museum Studies Department, where he teaches courses on Exhibition Planning and Reimagining Historic House Museums. He is a curator, educator, director, producer, and author. His films have been shown on PBS including the prize-winning film, “Back to School: Lessons from Norwich's (VT) One-Room Schoolhouses.”

The Weston Historical Society exhibit “History Under One Roof” is now closed. It will be dismantled in the spring to make way for a Weston Historical Society reading room and collections processing area. Before that happens, we will schedule one or more spring open houses for those who missed the exhibit. (Email info@westonhistory.org if you would like to be notified.)

Beginning in May 2022, the society held 29 events (open houses for the community and non-profit organizations, churches, garden clubs, and the COA), attended by an estimated 575 persons.

Thanks to the generosity of St. Julia Church, WHS will be able to continue to store items in the church basement, which will allow us to devote space in the JST for future exhibits.

From the Weston Historical Society collection

Dating to the 1920s and 1930s, these greeting cards were sent to the Roland Gammons family, 49 Newton Street, and found in the attic by the next owner, Carin Dohlman (Mrs. Claes Dohlman). (Gift of Lena Dohlman)

Descriptions of the cards:

Shop Local! The perfect gift for every Weston home.

Farm Town to Suburb
The History and Architecture of Weston, Massachusetts
1830–2020

with Sarah B. Gilman, Photo Editor

Farm Town to Suburb is a comprehensive history of the Town of Weston, with particular emphasis on the years 1830–2020. Extensively documented and richly illustrated, the book chronicles the economic, social, and political evolution of the town from rural agricultural community to modern Boston suburb. The first 10 chapters are organized by time period and the remaining 20 focus on geographical areas. Originally published in 2001, this second edition brings the book up to date with a new chapter covering 1980 to 2020 and revisions to the original reflecting changes and new discoveries. With Farm Town to Suburb as a guide, readers of today can connect with the past and enrich the present by looking at the development of their own streets and neighborhoods.

To receive this discount, email pamfox@mac.com for details

Awarded Certificate of Commendation from the American Association of State and Local History, 2002

or pick up a copy at Florentine Frames